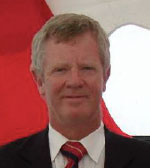 Mr. Clutterbuck was most-recently CEO of AIM-listed 3Legs Resources, which operated the first shale gas production in Europe. Previously, he was CEO of TSXV-listed Orca Exploration, which developed the Songo Songo gas field in Tanzania, and VP Operations for Gabon-focused Pan-Ocean Energy, which was sold for $1.6 billion to Addax Petroleum. A former Director of AIM listed Northern Petroleum (CEO), President Petroleum, and Mediterranean Oil and Gas, Mr. Clutterbuck was responsible for the discovery of the Rubiales Field in Colombia. He had a 15-year career in management positions with the BP group in Abu Dhabi, North Sea, and Alaska, and he served on the Board of the SPE in London. He holds a degree in Engineering from Cambridge University.